by Beverly Bremers and Rick Paul 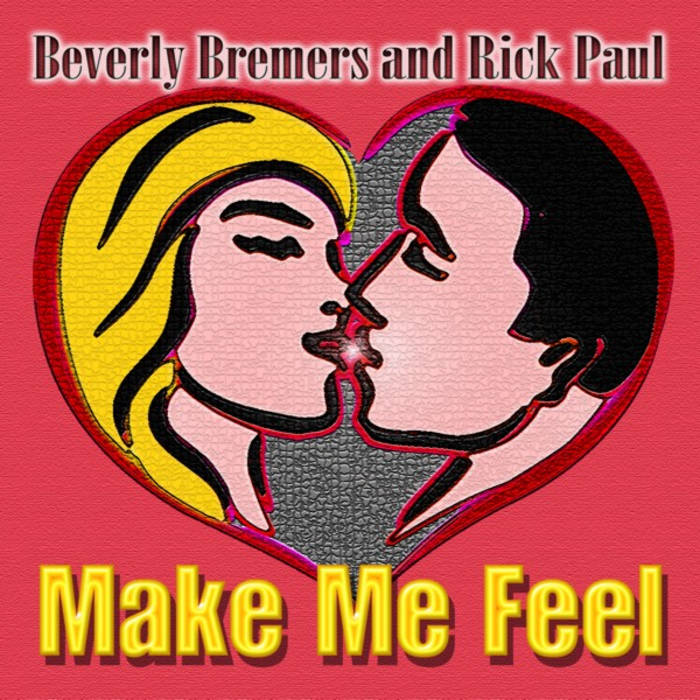 Beverly Bremers is an actress, singer, and songwriter who is best known for her 1972 Billboard Top 20 single "Don't Say You Don't Remember". She has also appeared in top theatrical productions, such as the original Broadway run of "Hair", and wrote the theme song from Disney's "Mousercise".

Rick Paul is a largely unknown songwriter, singer, and keyboard player whose songs have been recorded by independent artists including Little River Band lead singer Wayne Nelson, who recorded “Little Child Lost” to promote the Child Alert Foundation, and Mongolian pop star Nominjin, whose recording of “All I Need to Know” went Top 5 in Mongolia for both radio and video play.

Bremers and Paul met in Southern California in the mid-to-late 1990s when they both performed with a very short-lived band -- it only lasted one show. They've kept in touch ever since, though, and have since collaborated on songwriting, recording, and even making a video for a reality show audition. One of those collaborations yielded this 5-track double single.

The "Make Me Feel" project started far from Southern California's shores, though. Alexei Ustinov, a composer, music producer, and technologist based in Siberia, approached Rick Paul, whom he knew as a music technology writer and recording artist, about writing English lyrics to a song he'd written in Russian. The song would initially be used to demonstrate virtual vocalist software. Paul's take on the lyrics played off the idea that the song would be sung by "robots", but it also constructed a scenario that could fit any mature romantic relationship gone stale.

Once the initial virtual singer duet was recorded, Ustinov approached Paul about the possibility of recording the song himself. The initial idea was for Paul to duet with a virtual female singer, but they eventually decided it would be best to use a real human singer, and Paul approached his friend, Beverly Bremers, who was happy to participate. Ustinov produced most of the instrumental tracks in Russia, while Bremers and Paul recorded their vocals, and Paul's keyboard tracks, in Orange County, California.

Once the title recording was done, Bremers and Paul decided to record one of the songs they'd written together almost a decade earlier to make the release a double single. That song, "Unsaid" was recorded entirely in Southern California. When they played it for Ustinov, though, he asked about the possibility of recording another version of it with Russian musicians. Paul affectionally refers to that version, which is officially called the "Virartech Remix" (named after Ustinov's production company), as "The Russian Stadium Remix" due to it's 1980's power pop sound.

With that third recording, things seemed a bit lop-sided, though. Thus, Paul approached Ustinov to see if he might be able to take some of his earlier dance-pop tracks used inthe virtual vocal recordings and adapt them for a dance remix of the title track. Ustinov produced a long form "Virartech Club Mix" and a shortened "Virartech Radio Mix", and the result is this extended double single.

All vocals by Beverly Bremers and Rick Paul.