In and Out of Love Again 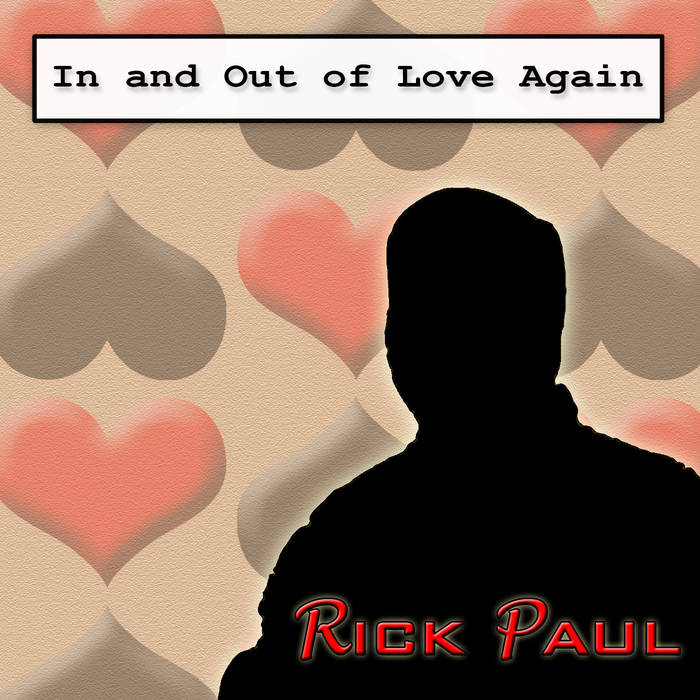 Love songs, breakup songs, and even a lust song, all set in pop styles ranging from Motown through electronic dance flavors through modern, hip-hop-flavored pop for lovers, former lovers, and those who would like to be lovers.

Rick Paul's third full-length album, "In and Out of Love Again" goes down a decidedly pop-flavored road while exploring topics including falling in love, falling out of love, breaking up, commitment, and even lust. The recordings span a period from 2000 to 2016, with songs written between the early 1980s and 2015, yet the album sits comfortably alongside modern pop music. Adventurous production provides plenty of ear candy to be discovered across multiple listening sessions.

In and Out of Love Again (Rick Paul) - She's gone. She's back. She's gone again. She'll probably be back again. How do you deal with the emotions of an on-again/off-again relationship?

Just a Little Kiss (Rick Paul) - You've had a great date, and now it's time to say goodnight. Should you play it cool or go for the goodnight kiss?

Here I Go Again (Rick Paul) - She's guaranteed to be your next heartache, but you can't help falling for her anyway.

Don't Blame Me (AGATA, Rick Paul) - Sometimes there is just no explanation for why feelings change, so it doesn't make sense to play the blame game.

One Good Reason (Rick Paul) - You want so bad for the relationship to work, but does she? If she'd only give some sign...

Can't Make Love With Your Memory (Ray Ducharme, Vic Michener, Rick Paul) - It's hard moving on after losing love, but at some point reality makes it a necessity.

Lust (Rick Paul) - Lust and love might seem similar, but they're not the same thing.

That Kiss (Laban Johnson, Rick Paul) - How long do you hold on when she's just going through the motions?

What Do You Want to Know (Mary Lou Sudkamp, Rick Paul) - Why is it so hard for her to trust your commitment?

My One and Only (Rick Paul) - You may not be able to explain the chemistry, but there is no denying it, so you may as well surrender (and enjoy that surrender).

Waiting for You (Rick Paul) - You'll keep waiting for her until she figures out she's been waiting for you all along.